Having the advantages in size and weight, still Margarito did not make it to win the fight. What's surprising here is that Margarito still up in 12th round after bruised and messy face and punches he received from Manny's hand. Manny Pacquiao was just as quick as lightning. The fight ended up to the last 12th round. Manny Pacquiao wins record 8th world title via unanimous decision over Antonio Margarito. Pacquiao with face as good as first round is now holding the WBC Super Welterweight Title. You just made the Filipinos on top of the world again! 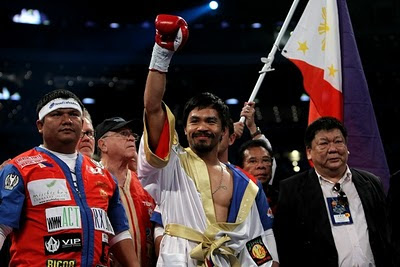