Our  first  stop in exploring  Taal  was  Basilica de San Martin de Tours or simply known as  Taal  Basilica.  The church  is considered to be the largest Catholic church in  the Philippines and  Asia. 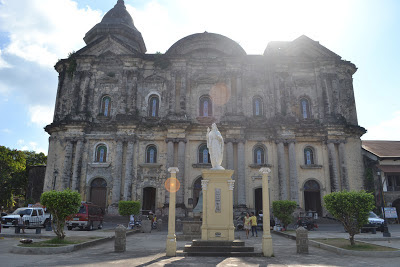 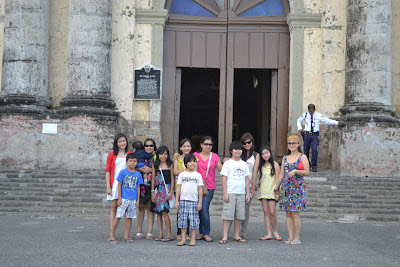 We were supposed to go up in the bell tower but it was already past 9am and the sun was scorching hot and it would be uncomfortable as we travel with kids.  We could not  take good photos then with  hot temperature.  I told Joy that there is a closed space to pass by going to the tower   so we decided to just roam around the Basilica. 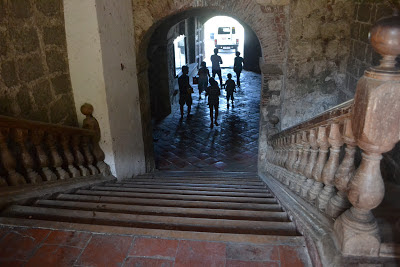 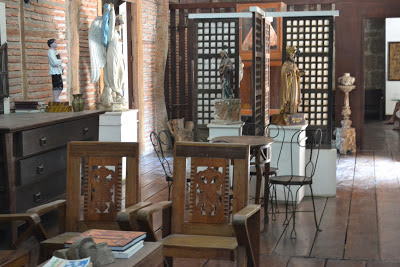 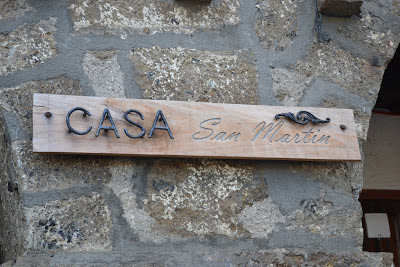 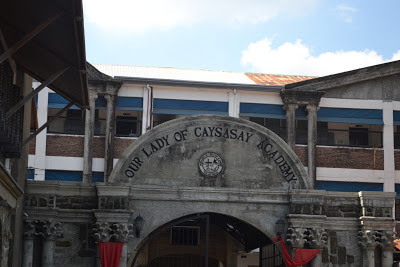 Just close beside Taal Basilica is Escuela Pia, a school supervised by the church.  This is another historical site but  it  was close  that day  so we just take a photo outside this edifice, old yet looks strongly built. 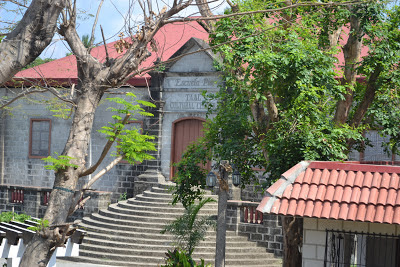 With the intense  temperature,  we were about to get burned, we then proceeded to our next destination,  Hundred Steps San Lorenzo Ruiz  and  Well of Sta.  Lucia.