Another long over due post. This post has been sitting in my draft page for almost a month now  because I  actually waited for the awards  night to include in my post.   Unfortunately,  on the day of  the Film Festival awards,  Habagat storm-like  came  and  I  caught  myself   inside the house,  playing  the role of  stay  at home mom,  literally,  for a month.  No events, no blogcon,  no calories,  no nothing,  just a sahm.

Ok, much for the segue. :)  We all  flocked to SM North Edsa last August 5 for the premier night of Bayani.. Ang Tatay Ko, official entry to the 2nd PNP Film Festival where my friend Jing  played  a "major role" oh, not a  major but SPO1 Lala Madrigal.   Although  it is not a mainstream movie,  we came in full force to support  our dear friend  on her debut movie.  Don't be surprised if you see her billboard in Edsa with another movie and with big stars in the future.  Seriously,  she played an important role  in the movie.  The leading cast  includes Bayani Agbayani and Yogo Singh. Also starring  are Yayo Aguila and Rommel Montano. 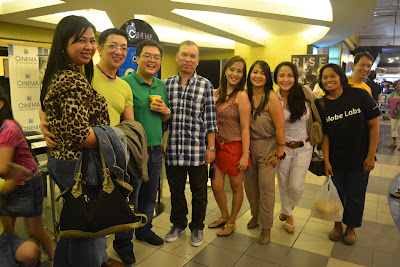 As Aga Mulach, Cezar Montano and Sunshine Cruz came to support  their bestfriend Bayani Agbayani,   the ladies in the photo below also ramped the red carpet  to support  their dear friend Jing.  We all seated in one row and we didn't care about the  noise we created  inside. We all laughed, screamed and commented for every lines and script she delivered. Surprisingly,  she  acts comfortably in front of the camera as  it reflects in the big screen. She truly is born to be an actress, don't you think?   She already made several commercial ads in the past but I have to disclose what  those products  were for I am not paid for this post. Half kidding. 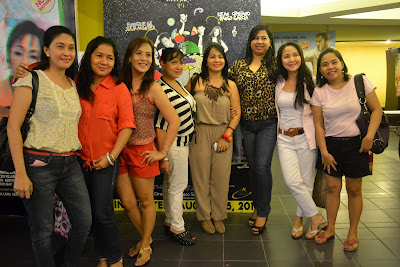 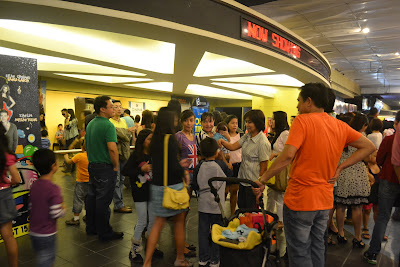 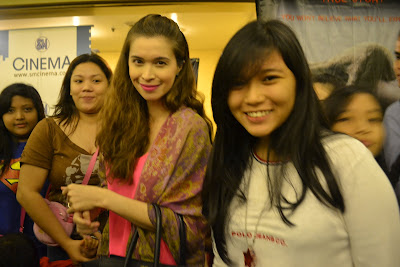 Just after the movie ended, we saw Sunshine Cruz and quickly made a snap pose. Tadaaa!  We arrived early  and occupied the orchestra side.  We should have chosen the balcony  to where Aga and other celebrities seated. 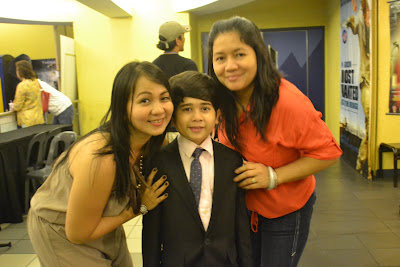 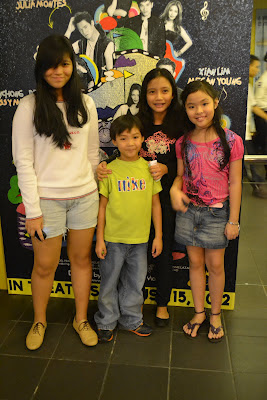 My kids also reunited and have bonding time together. 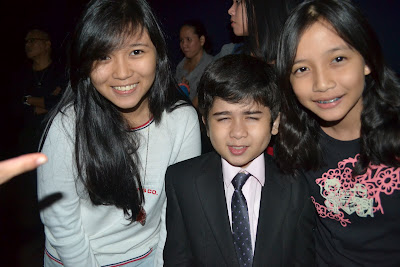 Another photo ops with Yogo Singh.


Just after the movie ended, I waited till the name of actors and actresses appeared in the billing and right there, I spotted her name.  I  switched my  camera into a bloggerazzi mode and  took a shot. 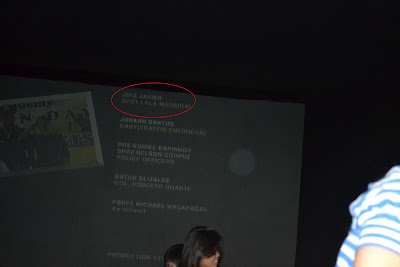 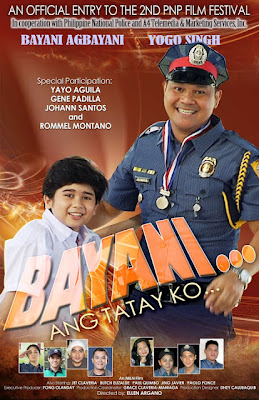 The  2nd  PNP Film Festival Awards night  part 1 was shown this morning  on  Studio 23.  Part 2 will be aired  next Saturday, September 22.


Update:    Congratulations to the cast and the whole production team of the  the movie, "Bayani.. Ang Tatay Ko"  for  winning  most number of major awards during the 2nd PNP Film Festival awards night.