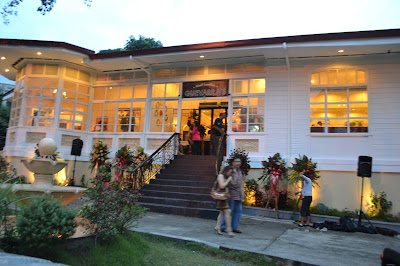 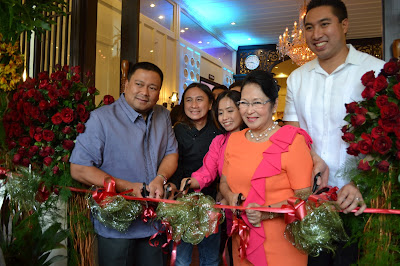 My  first step inside the gate of  Guevarra's was like  stepping back in time and I was amazed how  the place was preserved and transformed into a beautiful place, old  style yet with a modern twist.  No wonder since its soft opening last March,  Guevara's has  been  visited by  guests and wouldn't mind  getting a bit lost in the suburb area of San Juan.    The city  must be very proud to have Guevarra's.  And  I am talking  only about  the place.. and the food..  YES  it's  a different story  altogether! 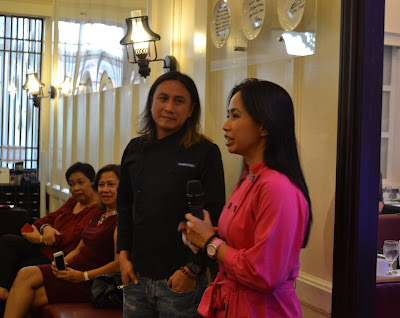 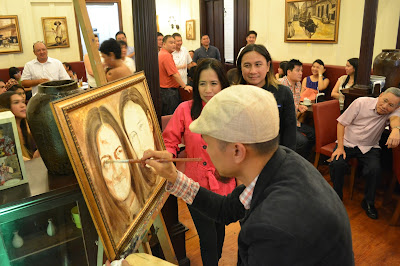 From food, to architecture, to fine art – Guevarra's does its part in preserving and promoting Filipino culture and history by paying homage to Filipino genius through culinary artistry and visual arts.

An exhibit was done that coincides  at the  grand opening of Guevarra's. Vincent Padilla's work at Guevarra's.   The artist, Padilla,  finished the master piece on the spot,  a portrait of  Chef Jackie and Chef  Roland Laudico  and was sold to highest bidder to be donated  for a cause.

Just to give you a little background,  Vincent Padilla  was born there on September 27, 1976.  However, his talent and artistic voice was truly honed during his family's time in Antipolo where he met and spent time with artists from the acclaimed Grupong Saling Pusa such as Elmer Borlongan, Mark Justiniani and Manny Garibay.

The exhibit  which will run for a month is entitled    “Time Taken by Brushstrokes” and features more than a dozen oil paintings done by the artist. The specific technique used in creating still images of a particular moment in time, forever frozen on canvas, is called Transparent Oil Painting. 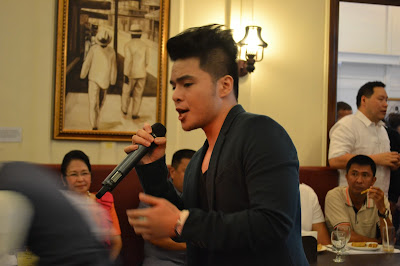 Mark Mabasa, X-Factor Finalist   performed  two songs during the event. I honestly was impressed of his rendition. He is currently working on his new album, which is soon to be released and so I'm gonna watch out for this. 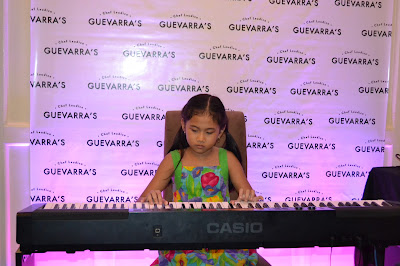 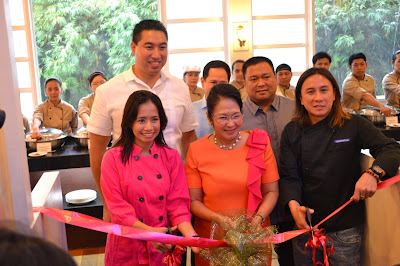 After  the short program,  ribbon cutting  at Buffet Table  was done  immediately  where guests then  feasted  the  food at the long buffet.

Tempting, salivating, mouth-watering food.   I will post  more of the  photos separately.  The  food photos deserve a separate post.  And ooh..   the sweets at Dessert Station..  Tsokolate, Brigaderos, Cupcakes, Suman, Bicho-bicho, Chocolate Fountain. and more..  and  my favorite dessert,   Kalabasa Pastillas.    Now are you ready for  more of  mouth salivating  food? 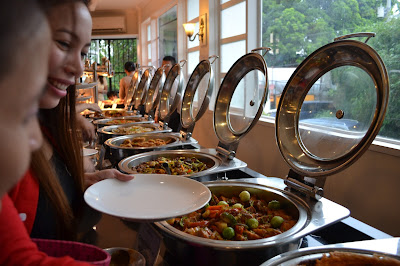 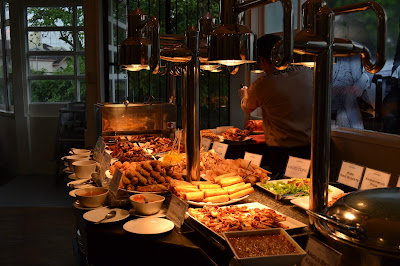 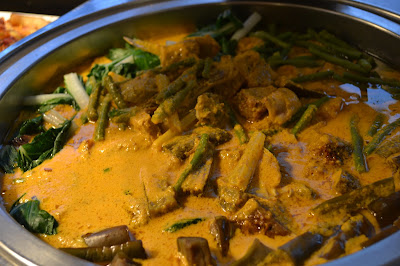 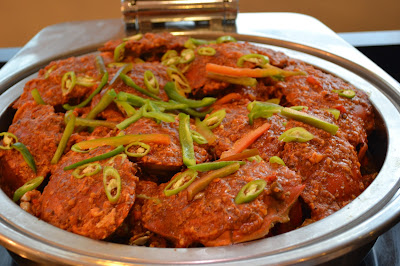 Chili Crab.. And these are just some of the few dishes at the buffet..

Spotted celebrities at the event.. 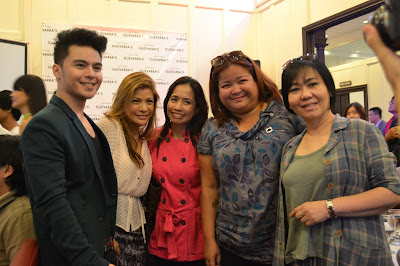 and  the Beauty Queens  who  considered that day as cheat day.    I  happened to be in the same line at the buffet table   and  I discovered that everyday is a cheat day for me.  Who would  want to miss  to taste the  sinful desserts at  dessert station.  Oh,  they're  just so yummy! 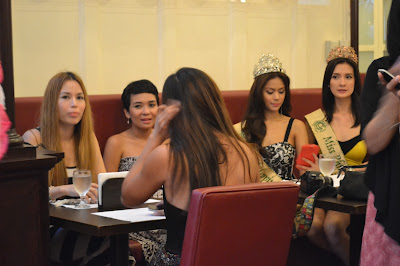 And my plate. A bit of everything  and this was just my first round..  Now I regret because I did not taste a bit of   Fried Adobo because my tummy was full at the second round.  And from online review,   this  Adobo with a twist  was  unexpected  that  just  blew them away. 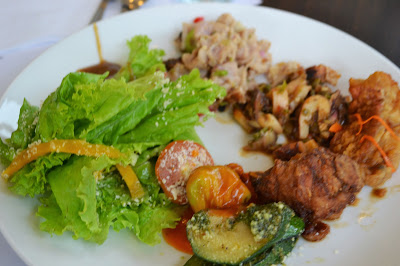 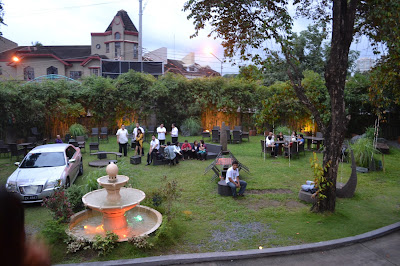 Now, are you ready to experience  a  full-blown Filipino buffet too?  You have to call ahead  for reservation. Yes!  They're that in-demand.

The place is perfect for wedding, small meeting, debut, birthday party or any other kind of event that  involves a lot of  food and a lot of people.     In this or world insta,  there is a place where you can have  both in full...   your tummy and  your  photo memories with a beautiful backdrop!

Guevarra's is open for lunch from 11:00am-2:00pm.
They also offer a dinner buffet if you prefer to eat like a king in the evening.

Here are the prices and schedules: