Asiansation Christian Bautista in his New and Bolder Music for Outbound

From winning the 4th place position in reality singing contest, Star in a Million, Christian Bautista has already gone way too far penetrating the local and international music industry and now has become the Asia's Pop Idol and Romantic Balladeer.

Despite the many accomplishments here in the Philippines and abroad, Christian Bautista remains humble and thankful for all these blessings.

Christian starred in his first international film "A Special Symphony." He is part of the first Pan-Asian Award for "Romance Revisited" the Love Sons of Jose Mari Chan" for 2011. He worked with Jim Brickman, One Way, and fronted for the concerts of K-Pop sensations Rain and 2NE1. He topbilled jampacked concerts and abroad. He also has numerous endorsements tucked under his belt coupled with billboards all over the Metro and has consistently received numerous awards and citations.


Christian received a commendation from National Youth Commission as exemplary Asean Youth in the field of Entertainment and Arts. This photo was taken during the 1st Bloggers Conference held at Universal Studio last Sunday by which he received the award just before heading the conference. 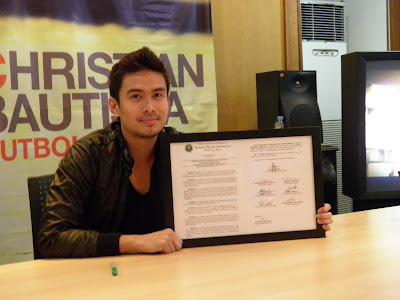 He was given a recognition by NYC for his many achievements; he was selected and featured as one of the forty (40) ASEAN Inspiring Youth under Creativity.

Today, Asiansation Christian Bautista adds another feather to his cap as he launches his first international album "Outbound." 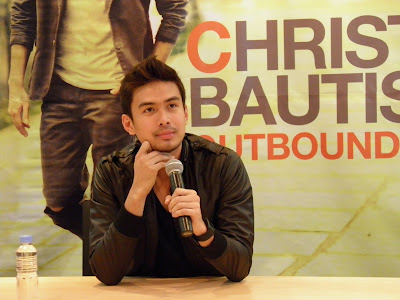 "Outbound" features Christian's collaboration with music producers and artists he met and worked with from the United States, Korea, Japan, Singapore and Indonesia.

"It's the first time that we want to try and attempt to do more outside the country. Yes, I'm very proud of this album, says Christian smiling.

Outbound is out now in all major record stores nationwide under Universal Records. 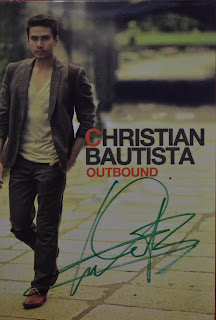 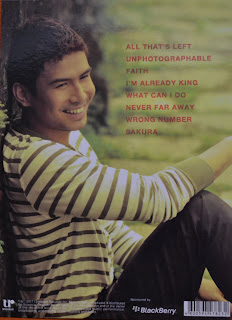 Tracklisting:
The album consists of eight songs which is a good mix of slow and upbeat ballads. The first single "All That's Left" offers Christian's new, bolder sound and further proves that he is more than just a balladeer.

Since he did the Pan-Asian musical TV Series, "The Kitchen Musical," Christian slowly build up his confidence and tried something different but he said that it doesn't mean he will turn his back on ballads.

When asked what's like working with CosPlay Queen Alodia Gosiengfiao, Christian says, "Alodia's beautiful, she's talented, she stayed up with us from 8PM to 8AM. We danced all night all until 3AM. It was fun."

As performer, Christian believes he's improved, but he's not reached his peak. "Honestly, I do feel that I'm at my best so far. I just hope I'm not at my best."

He adds, "As I continue this journey, I have reached another turn on the road ahead. This is the right time to pursue new paths and directions. And there is no better way to begin this new and exciting phase than to share my latest work with you. With your support and a personal sense of renewed energy and devotion, I am ready to face the challenge of the future."


Christian Bautista's Blogger's Conference is brought to you by Universal Records in cooperation with Pinoy Magazine and official online partner Orange Magazine TV. Special thanks to Ever Bilena Blackwater.