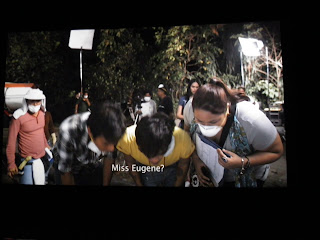 I've heard a lot of good reviews about this movie Ang Babae sa Septic Tank but I have no idea about the story of the film before I watched the special screening the other night. I was so excited primarily because I know that Eugene Domingo is a good actress and that she has proven enough in several films where she won an award. She won the Best Actress Award in 7th Cinemalaya Philippine Independent Film Festival last July 2011 for this film Ang Babae sa Septic Tank (The Woman in the Septic Tank)

The story of the film started when three young filmmakers set to do a production meeting at Starbucks. They were discussing about the title of the movie and came up with the title "Walang Wala." The scene when another director came in between their meeting was risible but I cannot paraphrased here the line as it was ludicrous but it does make sense.

The brainstorming on choosing who would best play the role of a poor mother in the film whether Mercedes Cabral, Cherry Pie Picache or Eugene Domingo was justified in the movie projected. In one of the scene where Director Rainier (Kean Cipriano), Producer Bingbong (JM De Guzman) and Production Assistant Jocelyn (Cai Cortez) were scouting for the location, they got excited when they discovered a perfect spot and even planned to put a crane for a perfect shot only to find out later that their car was burglarized in the slum area where they parked the car.

It's the first time I watched a movie with a story about indie filmmaking but I have watched several indie films in the past and this movie turned me on. I got unwittingly surprised with the story within the story. I can't think of anybody else to play the role of "Ang Babae sa Septic Tank other than Eugene Domingo and the best part of the scene is when she played the three kinds of acting. It was hilarious and I caught myself in big awe. 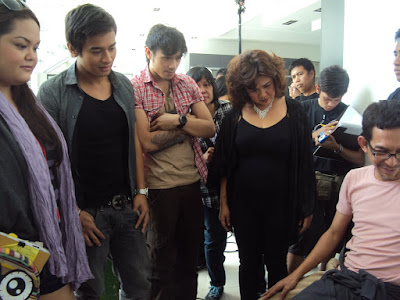 The acting and voice over are perfectly acted upon by the characters in the movie. The film is a comedic genre which portrays misguided ambitions, art of making art and poverty.

Two-thumbs up to the director of the film, Marlon Rivera and the producer CHRIS MARTINEZ. It's the first time for Marlon Rivera to direct a full length film in Ang Babae sa Septic Tank (The Woman in the Septic Tank). The movie won several awards: Best Film, Best Director, Best Screenplay, Best Actress and﻿ Audience Choice at Cinemalaya 2011. 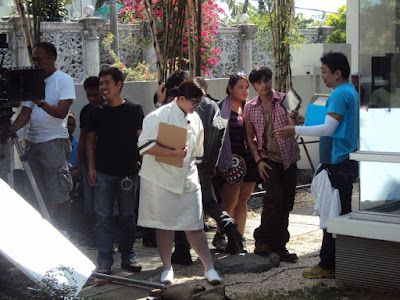