It was the first ever automated election in the Philippines and I am proud to be part of the history. And why should I miss being a Filipino, to vote for a better country? I stood in line, without umbrella not minding the heat of the sun kissing my tanned skin and the effort of using whitening soap were all wasted just to have my precious vote counted. I know somehow, my vote will make a difference. I went to my precinct unprepared, no bottled water, no umbrella, no fan and in an empty stomach but ready to take my part in the history. Yey, I'm a Filipino and I made it to vote and I'm proud of it!

Now, the Filipinos are anxiously waiting for the result. As of this moment, Aquino leads millions of vote and it just shows the Filipinos love Ninoy and Cory and Kris. Oh no. Well I am half kidding here. I believed Filipinos love this so called change "pagbabago." Whoever I voted for, I am proud and I believed for the candidate. I keep my mouth for the lucky candidate I voted for the position. I will make a separate post for him. There's a close race between Binay and Roxas as of this moment and too early to tell whom will win in VP race. Because only a little percentage of precincts were not counted, we all hope for the final results later this day.

Now, it can be told that first automated election in the Philippines was successful. Although there were some PCOS machine that failed, in my own view, overall, it was successful. 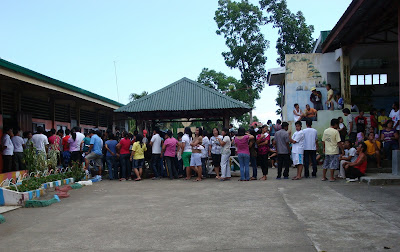 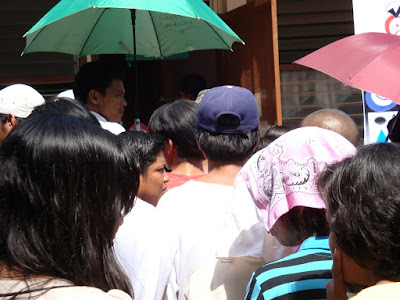 I am one of them but I have no umbrella! 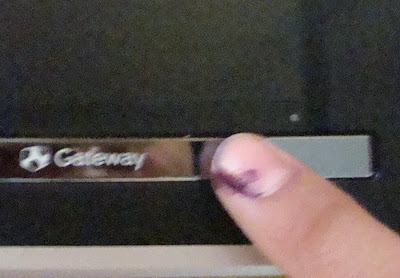