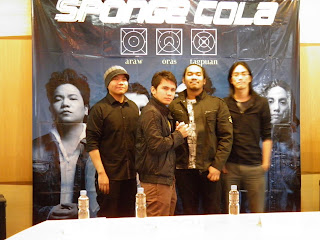 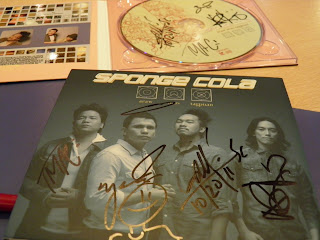 Hold on readers. This is just a teaser of my post for Sponge Cola Blogger's Night. Let me just share you the photos last night at the event and the songs that have been a part of me all these years. For the full story, please click here.

In 2002, the year Sponge Cola was born, a bootlegged copy of their version of Madonna's Crazy For You ended up in Internet and became an underground hit. Many people think it's original. Because of this and the popularity it created, they pushed original songs to the forefront to remove the stigma of being a cover band.

Only one of the few bands that couldn’t help but hit, Sponge Cola went on to producing chart-topping singles such as KLSP, Gemini, Jeepney, Bitiw, Tuliro, Movie, Pasubali, Puso, Ayt!, Makapiling Ka, Di Na Mababawi and so on. 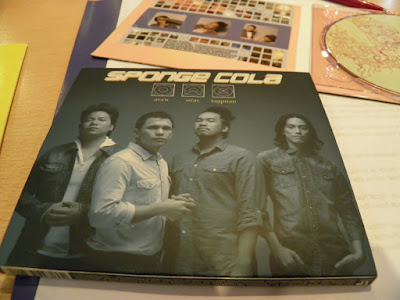 The band released its newest and 4th album Araw Oras Tagpuan. Armo said they just wanted to create something that strings their ideas on space, time, fate and choice together.


The album Araw Oras Tagpuan is out now in all major record bars nationwide under Universal Records.


Trivia. The group got their name after R.S. Surtee's Mr. Sponge's Sporting Tour. They won several competitions that made them popular. Soon after that, they learned that there's an existing band using the same name. Instead of changing their band name, they decided to just add a word and keep the name since they were already known and related to Sponge. And why Cola? Yael said that Cola is an everyday thing for Filipino and this word is easy enough to remember, thus named their band Sponge Cola.