The Tangram, literally "seven boards of skill," is a dissection puzzle consisting of seven flat shapes, called tans, which are put together to form shapes. The objective of the puzzle is to form a specific shape (given only an outline or silhouette) using all seven pieces, which may not overlap. It was originally invented in China at some unknown point in history, and then carried over to Europe by trading ships in the early 19th century. It became very popular in Europe for a time then, and then again during World War I. It is one of the most popular dissection puzzles in the world.[ source: Wikipedia, the free encyclopedia] 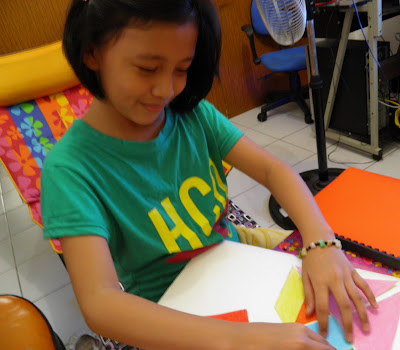 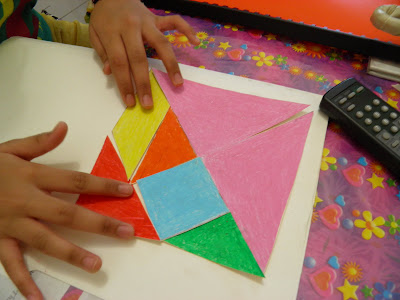 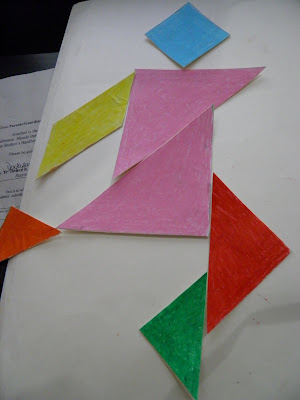 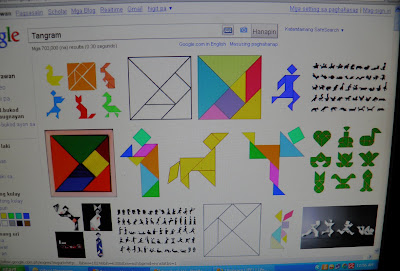 The Tangram that my daughter made in her school assignment. She chose the easiest one from from Google, the running girl, but she later changed it to bunny. LOL

Please join us every Saturday and link the badge above for your colorful connection. Connect with us with any color of your choice.
Published: 7/09/2011