Why Be a Lifeline?


On the windblown stretches of rural areas across the bustling streets of the metropolis, unreturned, startling requests are made by illness-ridden Filipinos everyday who wish to continue living their lives.

For a major cluster of these people, the answer would be a new heart, a new pair of kidneys or a new set of eyes. However, obtaining such solution are far harder than merely enumerating them, as the scope of most Filipinos' heartbreak is captured by facts showing that throughout the Philippines, a significant number of people are currently in line for possible organ matches, and last year almost 10% individuals died waiting.

These disquieting statistics have haunted awaiting recipients and their families alike given that organ donations and transplantations have long  been in place in the country, both still remain unacceptable for many. The reasons behind why organ donors have been dismally low stretch far and wide-ranging from the social plague of human trafficking to sensitive topics concerning religion to emotions of deep family ties intrinsic to Filipinos.


What really does organ donation entail?

"The statistics for organ donation and transplantation in the country, albeit saddening, are not surprising. Because, after all, how can families even find room to think of such options when someone they love, with a beating heart and still warm to touch has just been declared brain dead?" shares Dr. Antonio Paraiso, Program Manager of the DOH-Philippine Network for Organ Sharing and Founder of the Human Organ Preservation Effort (H.O.P.E) 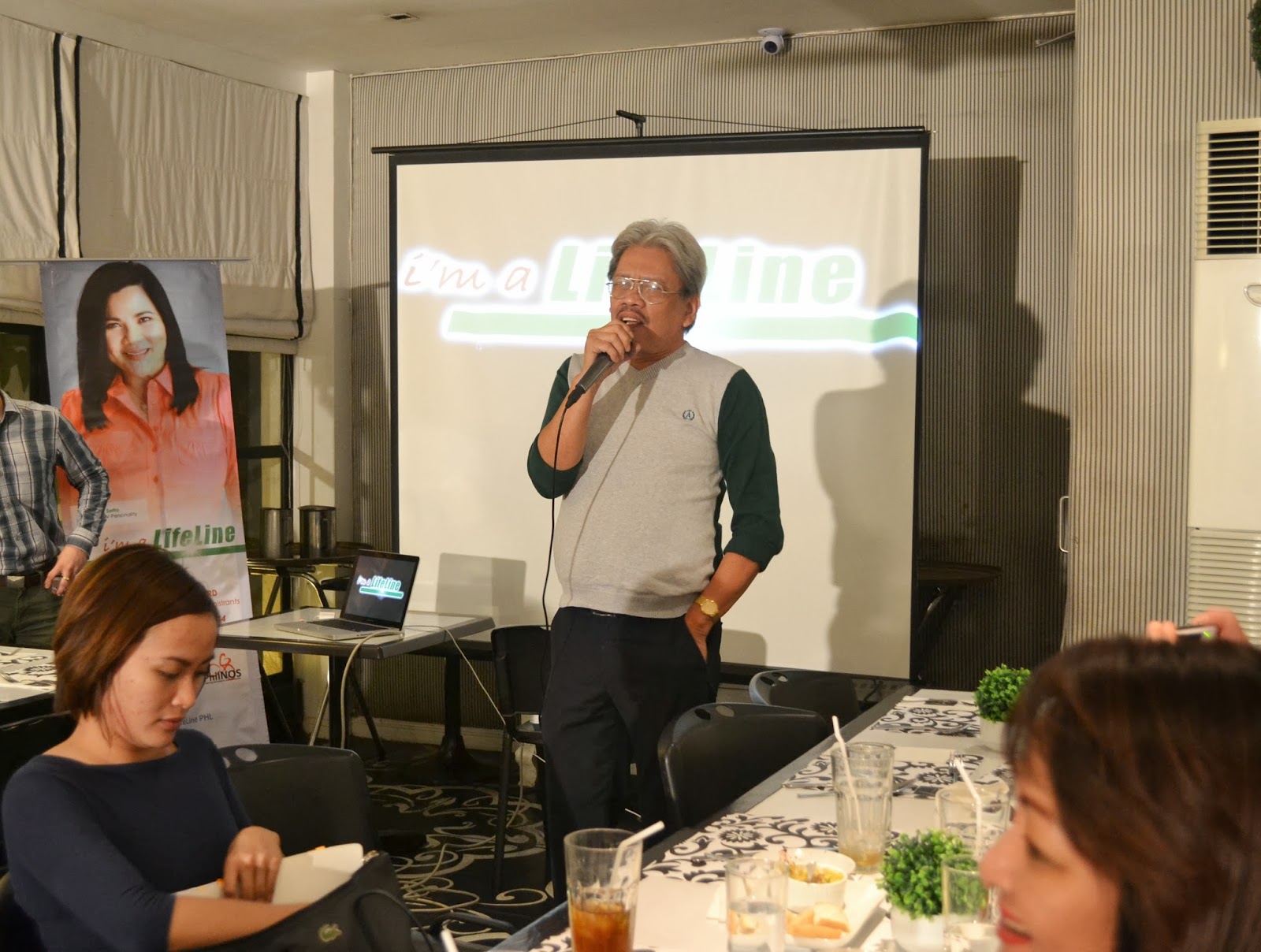 Dr. Antonio Paraiso, Program Manager of the DOH-Philippine Network for Organ Sharing and Founder of the Human Organ Preservation Effort (H.O.P.E) during the press conference at  Romulo Cafe yesterday, February 20, 2014.

People who would put their feet into the shoes of those who have chose to say no to organ donation would understand how it isn't anyone's idea of comfort, especially in such time of grief. "However, what we are continuing to advocate is the very essence of breathing life to losses--of carrying on with their stories by being lifeline to others," says Paraiso. "Organ donors are referred to as lifeline because just one can let up to 50 people who were once captives of organ failure, see, walk, breeze through life again."

Unlike countries such as Spain, Singapore and Denmark where all citizens are considered as lifeline unless one declares disagreement, the reverse holds true in the Philippines where consent is needed before one can donate organs. A deeper understanding of Republic Act No.7170 or the Organ Donation Act of 1991 would shed light to the weight of what being a lifeline details.

Any individual at time of brain death, through the consent of the immediate family (spouse, sibling, child, parent, or guardian), may become an organ donor and allow the harvesting of all any part of his/her body for donation. However, any individual who has signed an Official Organ Donor Card while living, will at time of brain death, be considered a citizen who has left a legacy".  On top of this, any individual with an Official Organ Donor Card automatically becomes a priority recipient candidate should he/she be the one who would require an organ  transplant throughout the course of his/her life.


More than ticking a box.

In this light, the Department of Health (DOH) and its partner organizations aim to continue the advocacy and awareness of organ donation as it pushes for the Philippine Organ Donor and Recipient Registry System.

More than just building a national registry or organ donors, the organizations have placed their bids to break two Guinness World records of "Most People to Sign up as Organ Donor" for One (1) Hour Single Site and Eight (8) Hours Single Site. On top of this, the Philippines has been given the green light to establish new records for the One (1) and Eight (8) Hours Multiple Sites--making it a national campaign.

This is set to happen this February 28, 2014 at six sites: Polytechnic University of the Philippines (PUP) Track & Field, Sta. Mesa Manila and Quezon City Circle, Quezon City in the National Capital Region (NCR); RTMC, San Fernando City, La Union, L. Mamba Gym, Tuguegarao City in Cagayan; JMR Coliseum, Naga City in Camarines Sur; and Almendra's Gym, Davao City in Davao del Sur. The event will officially start at 9-10AM for the one-hour category and at 9AM-5PM for the eight-hour category. This event is targeted to break India's 2013 records of having 2,755 pledged organ donors in a single site in one hour and 10,450 pledged organ donors in a single site spanning eight hours.

Registrants will be allowed to consent donations of vital organs including kidneys, lungs, heart, liver and pancreas, and even tissues such as corneas, bones and skin. "With high hopes, this attempt to break the Guinness World records will help expedite positive awareness about organ donations in the country," states Paraiso. "By securing their stand as lifelines, every pledge garnered on this day will be regarded as a legacy. People will live on. A new heart can begin pumping for another, a pair of lungs can take breaths for more, and all other organs can start changing  the lives of many.