Philip Abadicio has been writing about lifestyle. He is behind the successful campaigns of his clients’ lifestyle products and brands. As a PR man, he established RPA & Communicate where he mastered the ropes of the lifestyle industry. He is the editor-in-chief of the online lifestyle source, StyleRPA.com. RPA is an acronym for real, personal and all-that style. He has hosted a lifestyle news program for the Global News Network, “Style RPA TV,” and a lifestyle magazine talk show called, “It’s More Fun with Philip,” on TV5’s news channel Aksyon TV. And his latest offering is the recently launched lifestyle TV show, “Philip, Lifestyle Guy,” airing on TV5 every Sunday 11 a.m. to 12 noon. 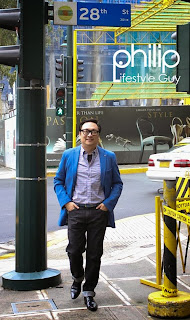 As an indication that Philip Abadicio is indeed a lifestyle practitioner, the preceding paragraph mentioned the word “lifestyle” 8 times. He adds color to the viewing experience with his new TV show that has brought out the friendlier and more amusing side of his personality as captured on-cam in his latest quest as Philip, Lifestyle Guy.

The Long and Fabulous Road to TV5

Philip Abadicio is no stranger to the various lives and styles but like most people, he began with a humble venture that led from one thing to the next. Who knew that his destination would be a show on TV5?

Let’s Start with the Retail Beginnings

After graduating from U.P. Diliman, he opened a retail store called Wild Life at the newly-opened Robinsons Galleria. Wild Life was a clothes and knick-knacks store that specifically catered to the lifestyle of the urban wild. It was an interesting concept at that time that it caught the attention of daughter of the owner of the mall. Through Wild Life and his inquisitive nature, Philip has laid the foundation of determining the next big thing.

Encouraged by the same mall and Manila Times owner to pen lifestyle write-ups, Philip was faced with opportunities to create his niche as a lifestyle figure. Philip wrote typical lifestyle themes: fashion, food, finds and Manila’s fabulous through his column Flip Flop at the Manila Times. Eventually, it would become a source for trend metrics that identified the Flip (in) and the Flop (out).

With his growing network and connections in Manila’s In and It crowd, Philip capitalized on his professional standing and established a PR agency, RPA. He began with clients like Euphoria and Levi’s. As Philip continued to spot the trends with more brands and services for young adults, Philip brought 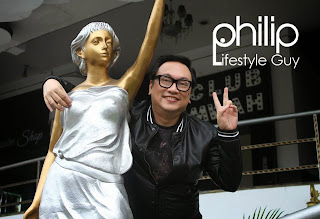 Philip utilized his know-how in singling out what’s in fashion and who’s the up-and-coming which fueled his position as a PR authority. He partnered with Paolo Bediones to expand his PR machine and set up Communicate, one of the agencies that handled trend-setting campaigns that targeted lifestyle, and hip and young brands. As his partner became busier with TV assignments, Philip incorporated the PR firm into RPA & Communicate and the roster of clientele included Hennessy, MTV, Ericsson, Dockers and Studio 23, among others.

Philip maintained his stance in Manila’s social scene. He organized creative events and parties for Moet et Chandon, Standard Chartered and Dom Perignon, and many other prestigious brands. His campaigns were also a platform for famous celebrities today, such as Pia Guanio’s stint with Caltex as a weather girl, and her team-up with Paolo Abrera to participate at an AXN event in New Zealand.

True to Philip’s nature as a lifestyle pundit, and together with Paolo Abrera, the two launched a free magazine called ZERO, which listed the happenings within Metro Manila. Philip would later create FLY magazine with Levi’s and after six years, the magazine would be published and circulated in Hong Kong.

Philip also briefly dabbled on talent management. It was inevitable that through his work and connections, Philip would have a peek at the interesting world of entertainment. He initially discovered the talented Rico Yan, whom he would introduce to Johnny Manahan and ABS-CBN. Afterwards, as they always say, the rest was history for the young actor. 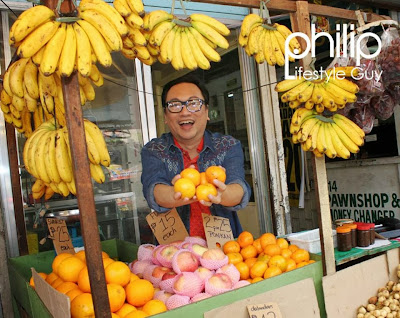 With his background in producing content and events in the world of lifestyle, trends, celebrity and society, Philip was encouraged to join the world of entertainment. He hosted lifestyle news program for Destiny Cable’s Global New Network. He also produced the show Follow for 2nd Avenue in 2012.

Despite the persistent opportunities to take on the reins as a local lifestyle maven, Philip decided he wanted to do a show that is accessible across many viewers, across typical demographics. And like an answered prayer, and a sign on the road, he was offered to do a lifestyle talk show on Aksyon TV in order to reach out to more people. It’s More Fun with Philip, a magazine and talk show on TV5’s news channel, was a hit. After several interviews with interesting personalities and features on fascinating establishments and locations, a whole new road was being paved for Philip Abadicio.

From retail to print to PR to entertainment and lifestyle, Philip Abadicio is now taking the next big journey with Philip, Lifestyle Guy bringing his expertise in lifestyle to the audience that really matter: the general public. It is a visually appealing, culturally enriching, and gastronomically appetizing TV show. It is more interactive as the host gives the viewers a chance to sample the featured items by simply tweeting, sharing their comments on social media or texting. As, our lifestyle guy says it: “We’ll give you the surprises, for you to win the prizes!”