Since the campaign was launched last November 2012, the Inter-Country Adoption Board and McCann Philippines have worked closely together for many months to find creative solutions to encourage more Filipino families to openly declare their love for their adoptive children and help erase the stigma of adoption. 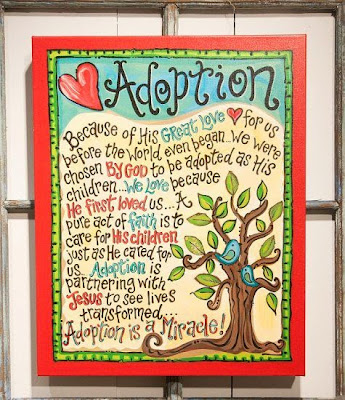 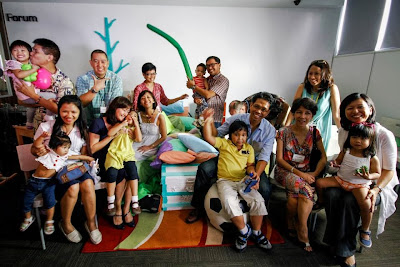 DSWD Undersecretary Parisya H. Taradji, ICAB Alternate Chair, says, “Through this storytelling event, we hope that more adoptive families will volunteer their time and talent to this advocacy campaign. The adoption process has numerous adoption-related challenges and concerns which needs the participation of adoptive families.” 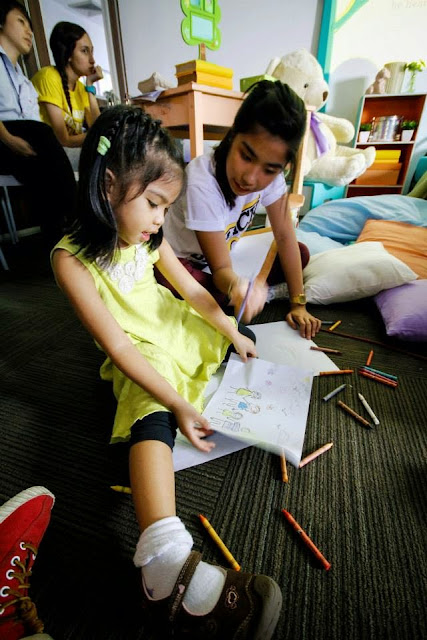 Storytelling can be an effective tool to introduce one’s adoptive child to adoption.

“These e-books were created to equip adoptive parents with tools that will help them openly share their adoption journey with their children,” says Cecile Gabutina-Velez, Managing Partner of McCann Philippines.

“The day we first met”

Telling the story of “the day we first met” can be one of the most challenging stories to tell to adoptive children. This moment, ideally, should be the right time and situation.

Jojo and Janet Villa met Anna Isabel the day after they committed to adopt her. They had been praying for Anna, so they knew that she was God’s Best for them even without having met her. They opened their home to Anna on March 5, 2010 and filed the petition for adoption in 2011.

Janet first told Anna about her adoption when she was 10 months old. “I first told her by way of song,” Janet says. “I’d pick a tune and insert my own lyrics. I’d sing the truth. She might not have understood it then, but her spirit welcomed our love.” Since then Janet would insert adoption in the books and stories they’d read together, sometimes using a doll house to tell about how a king and a queen died, and their pretty princess now lives in this dollhouse with her new Papa King and Mama Queen. They once were sad, but now are joyful because the princess graces their days. That joy, Janet told Anna, is called adoption. “If you would ask Anna what adoption is, she’d say, ‘Love!’” says Janet. Anna understands that some children don’t have fathers, others don’t have mothers, and others don’t have both.

Some of Anna’s favorite books include “Are You My Mother?,” “Guess How Much I Love You,” and more recently the “Baby Circle” eBook. “Again and again Anna would ask for it, ‘Mommy, I want the circle book,’” says Janet. Anna loves how the Baby Circle, round and rolling, has changed the solid, stolid Square family. “I tell Anna, ‘You are our Baby Circle,’” says Janet. Janet says that since our own lives are tales to be told, one of the best ways to tell children about their adoption is by way of a story.

Janet herself is an accomplished writer, having twice won the NVM Gonzalez Awards for Best Short Story. Her stories, including Anna’s adoption story, have been published in magazines and anthologies, such as Best Filipino Short Stories, Motherhood Statements, Hoard of Thunder: Philippine Short Stories in English 1990-2008, Against All Odds, among others.

For the Santos Family from Makati City, “Baby Circle” is also the favorite by their two-year old daughter, Felice. “She became part of our family a couple of years ago. Since then, I have never stopped reading her stories,” says Nanette. Felice likes looking at the family of Squares and how Baby Circle literally reshaped their world.

Nanette adds, “At age 2, she looks at pictures of characters and how they are transformed as pages are turned. The book shows how families are created by people who live together and love each other, not just by those who look like each other. Storytelling connects. It connects Felice with her beginnings, and with our beginnings.”

Both Sonny and Nanette Santos strongly believe that at any early age, their adopted child should know the circumstances of her adoption. “While it might take years for our child to fully understand the circumstances of adoption, we are willing to go through this process with our child. Felice deserves to know,” explains Nanette.

Stories are not just for bedtime entertainment or a tool to put children to sleep. When told in a fun, convincing manner and even an animated manner, these stories impart moral values to both adoptive and natural born children. They help form a strong bond between parents and children.

John Remwil Valeria, Guidance Counselor from Don Bosco Technical School says. “As a guidance counselor, and as a parent myself I have seen how storytelling has helped shape values for our young children here in Don Bosco.”

“For adoptive families, storytelling is an even more important tool for the adoptive parents to slowly help their adopted children understand their roots and early beginnings. It is a tough challenge for adoptive parents but the results are beautiful as it builds strong family relationships based on trust, honesty and openness," adds Valeria, who has 17 years of guidance counseling experience.

Seven stories that warm the heart

Storytelling has proven to be an effective tool for learning and shaping values. Stories about family are universal. It cuts across cultures and economic class. When parents tell stories to their children, it helps kids learn and understand their environment. For adoptive families, these stories become tools to introduce their children to the idea of adoption.

Fabie says that their school has had several adopted children as students. “They have grown up as normal students. There is actually no difference between adoptive and natural-born children. The issues and challenges they face are the same. Storytelling help enlighten children on these issues especially for adopted children. These eBooks is good start for adoptive families.”

Mylene Piedad, an adoptive parent, narrates, “When Paul and I adopted our daughter 8 years, we both agreed that we were going to be honest with her about it. So, I was so happy to find Jamie Lee Curtis’ book, “Tell Me About The Night I was born” in one of our trips to Singapore. The storybook became our way of introducing the concept of adoption to our daughter. As she grew up, we started including details about her own adoption story. She would ask questions about it and we answered her willingly.”

Their daughter now happily tells other people that she was adopted. “One time, we heard her confidently answer her cousins’ questions about her biological family. She made us feel proud,” adds Mylene. The Piedads have recently adopted another baby girl and intend to continue using storybooks to impart to their younger daughter about her own adoption story.

Vice President & General Manager hopes to see many adoptive families download these eBooks. “Flipside Publishing strongly believes in sending out a very strong and positive message about adoption. Through storytelling, we know we can get the conversation going between parents and adoptive children.”

“We want families to openly share their stories so more can be inspired to adopt children,” says Atty. Bernadette Abejo, executive-director of ICAB (the Inter-country Adoption Board). The ebooks are available for free download at www.iloveyouanak.com

Adarna House Inc. Director Agno Almario said that these eBooks will open a new category in children’s book. “These eBooks will not only strengthen the bond between parent and child, but plant the seeds for the adoptive child to be enlightened about his or her roots.” Adarna Publishing is one of the country’s biggest publishers of children’s books.

“There really are no local books that speak of adoption telling or will act as aids in the acts of adoption telling. How fortunate for Filipino adoptive parents and their children that these books are made possible,” adds Ani Almario, School Director of Raya School.

Stanley Chi, a cartoonist from a leading newspaper and illustrator says, “Illustrating for children’s book is a very difficult and challenging task. I need to put myself in the mindset of our audience, children who can be as young as 2 years old. Thus, we literally go back in time.” Stanley has agreed to work on illustrations for a story to be written by Gil Velez, a professor from UST and one of the adoption advocates.

Ben Deluyas, who illustrated one of the eBooks, says, “When I created ‘Juju, Looloo and Baby Wuwu’ I was inspired by a family member who recently adopted a baby girl. As a family, we instantly fell in love with her when we first saw her. I wrote and illustrated this book to help loving parents tell their adopted kids that they are very special. Deluyas hopes that when adoptive families get the chance to read this book together, “it will strengthen their relationship as a family.”

Mariel Escalabanan, a pre-school schoolteacher from Preschool Camp in Magallanes had read and reviewed all the seven books. She found them all inspiring. “Each story warms the heart of both the parent and the child. Its impact may not be immediate but the memories of these stories last a lifetime.” Mariel adds that a story well told, especially in a fun and animated way adds to the imagination of a child. “Thus, each book can be remembered in its own unique ways for many years.” Mariel is an Early Childhood Education graduate from Dela Salle University.

Raul Castro, Executive Chairman, McCann Worldgroup Philippines, knows that through this advocacy the agency can be true to its vision of driving positive values that will help transform lives. “This campaign on adoption is enabled by a team who commits to the advocacy on a personal level. Many wanted to get involved in the creative work, which aligns with our desire as a company to positively impact on lives”, proudly says Raul. Many Filipino families are willing to open their hearts and homes to adoptive kids. There is an opportunity to encourage this mindset and this is what the communications aims to do. The campaign is a solution that magnifies the life-changing, positive impact of adoption,” adds Raul.

Abejo says, “I am happy to see this adoption advocacy campaign finally come to reality and I am very positive that this campaign will soften the stigma on adoption.” The Inter-Country Adoption Board (ICAB) created by Republic Act 8043 (RA 8043) was designated as the central authority in matters relating to inter-country adoption of Filipino children.

The campaign wants to get a clear and simple message across. “Let us openly declare our love for our children. Open our hearts and homes for adopted children and allow love to see beyond differences.” 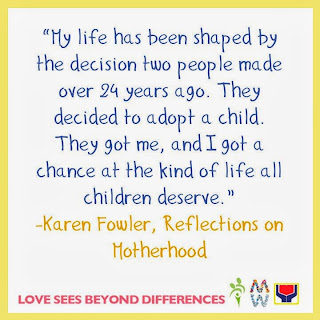