It's not usual for me to  hang out with friends late at night.  It seldom happens  only when an  event I attend to  starts late and I need to be there to the last minute.  To be out of the house  beyond  10pm only mean one thing.  It should be an extra ordinary one.  And where were we last Tuesday night?  We watched the REO Brothers band fresh from their concert in the US.  We were supposed to leave after their first set but we were glued in our seats,  took some videos till they're done to the last beat.

I started  to be a fan  of  these boys  since the day I  watched  them on TV during their performance at Araneta Center for ABS CBN's solidarity concert.  I could still remember that jaw dropping moment.  My world stopped for a while.  Right after that number, I  went online to check who these brothers are.  They  are Tacloban survivors and decided to move in to Manila after the city was hit from last year's catastrophe. 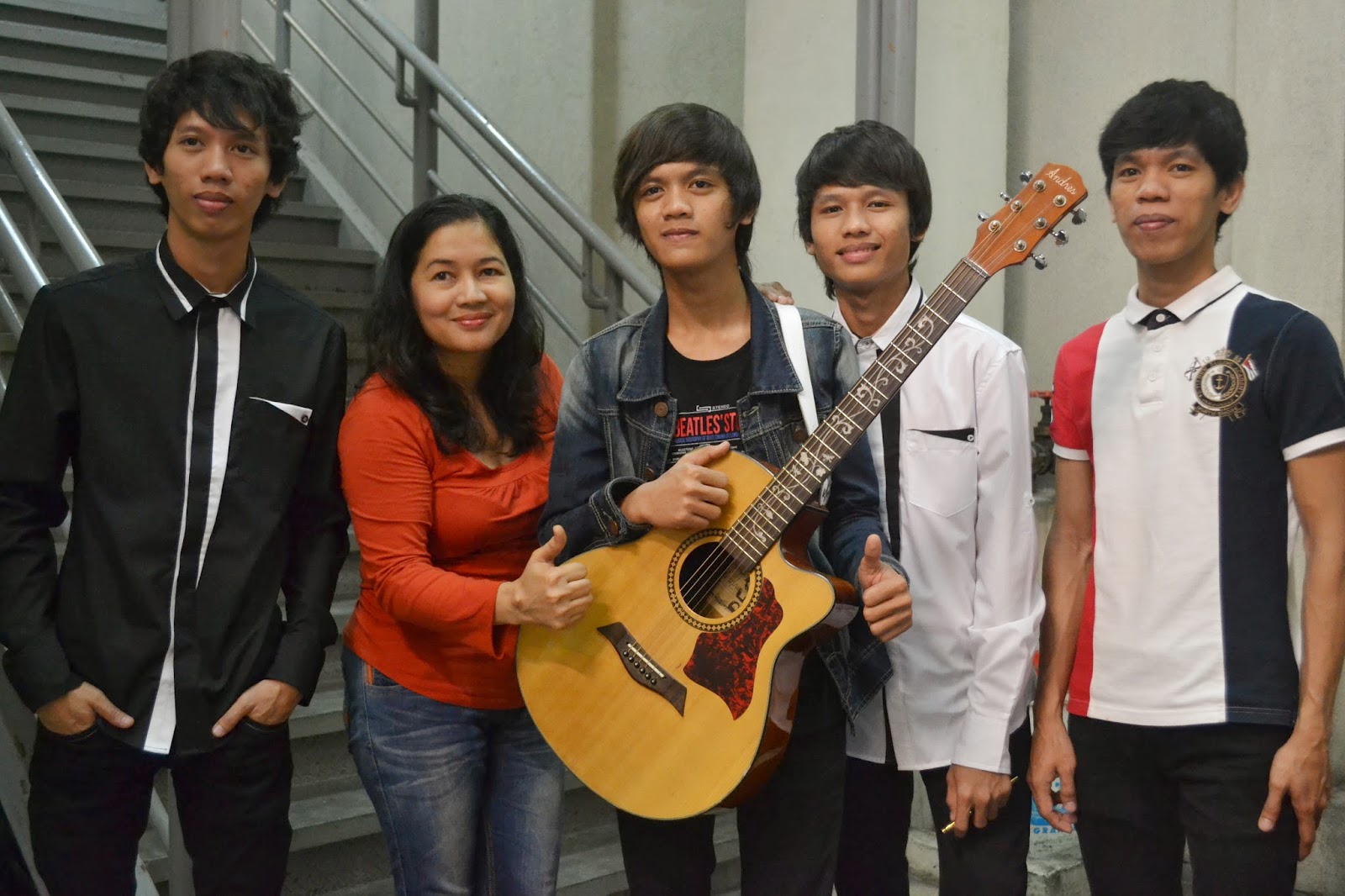 That standing ovation performance created a buzz and  eventually opened more doors to them.  They already guested on TV like  Banana Split  and  Unang Hirit.    I couldn't contain  my admiration  anymore  watching their  videos online so  I asked my friends to see them  live.

It came to reality last Tuesday night.  Seeing them  on stage was  even more  exciting.   We had a short conversation  with the owner of Primos Cuisine and Lounge  and she was very eager  to tell us how good these boys are.  When they went up the stage for the first set, we were surprised.  And the owner proved  her claim.  We were stunned  like we were actually  listening to their own CD.  And  that was live,  not lip synched,  not pre-recorded  and not  edited by technology.

On the second set, with only a few minutes break, still they're full of energy and were  able to sustain the quality of voice for that few hours gig. 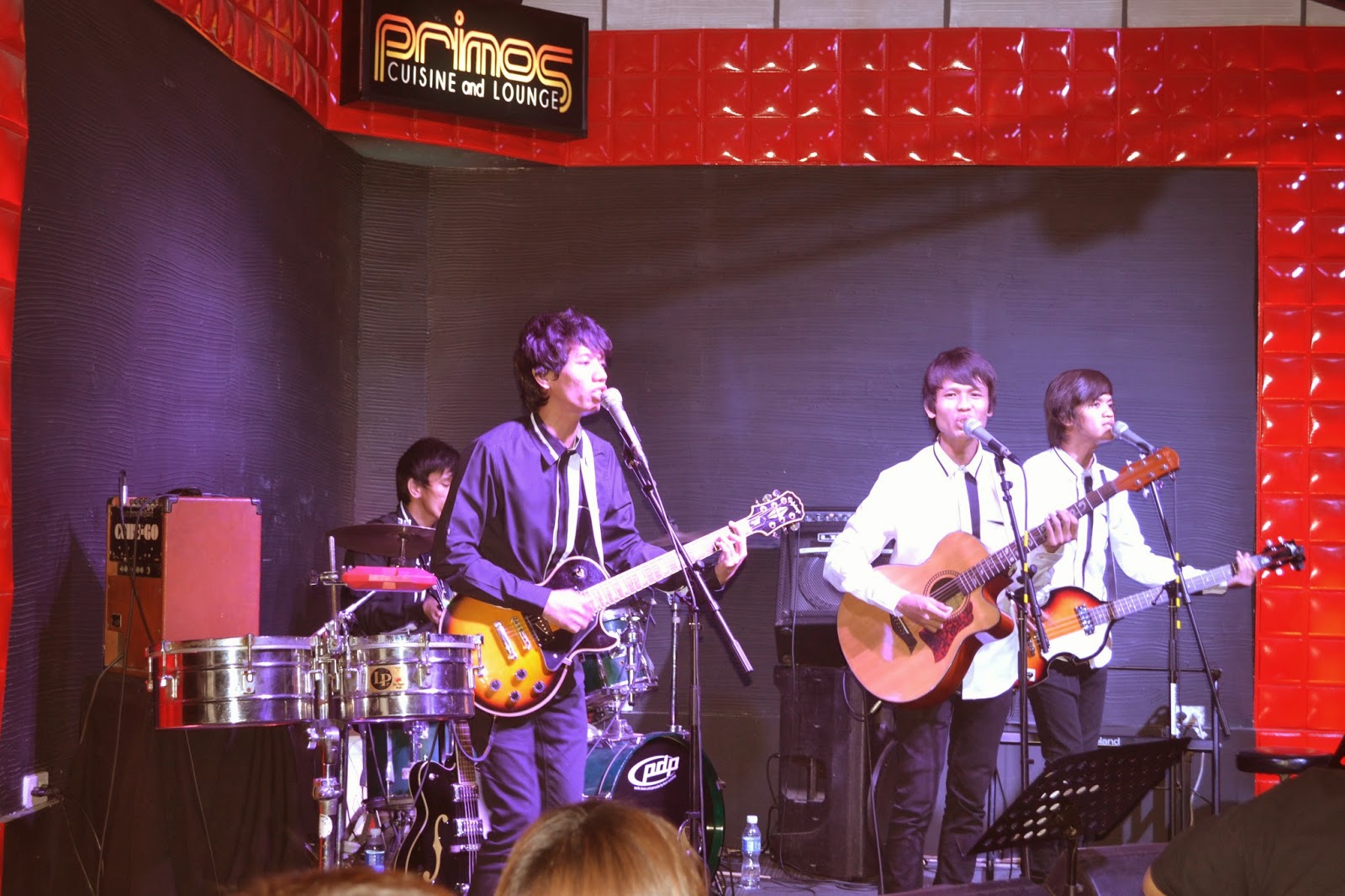 RJ's voice is cool and he strums the guitar so well.  Raymart's  is different and appealing. His  rhythm guitar techniques are quite amazing  while Ralph has soulful voice (watch his cover of  Bee Gee's How Deep is Your Love)  and  is perfect to play the bass.  Reno hits the drums with great feel.   He concluded the gig that night with a big bang. They  have different voices and  styles but their rhythm and groove  blended so well.

Their concert in the US earned praises and good reviews.  At Pinoy Relief Concert at The Theater at Madison Square Garden in New York,  they performed  with fellow  performers like Jennifer Hudson, Jessica Sanchez, Charice, Apl de Ap and Oscar Awardee (composer) Robert Lopez. 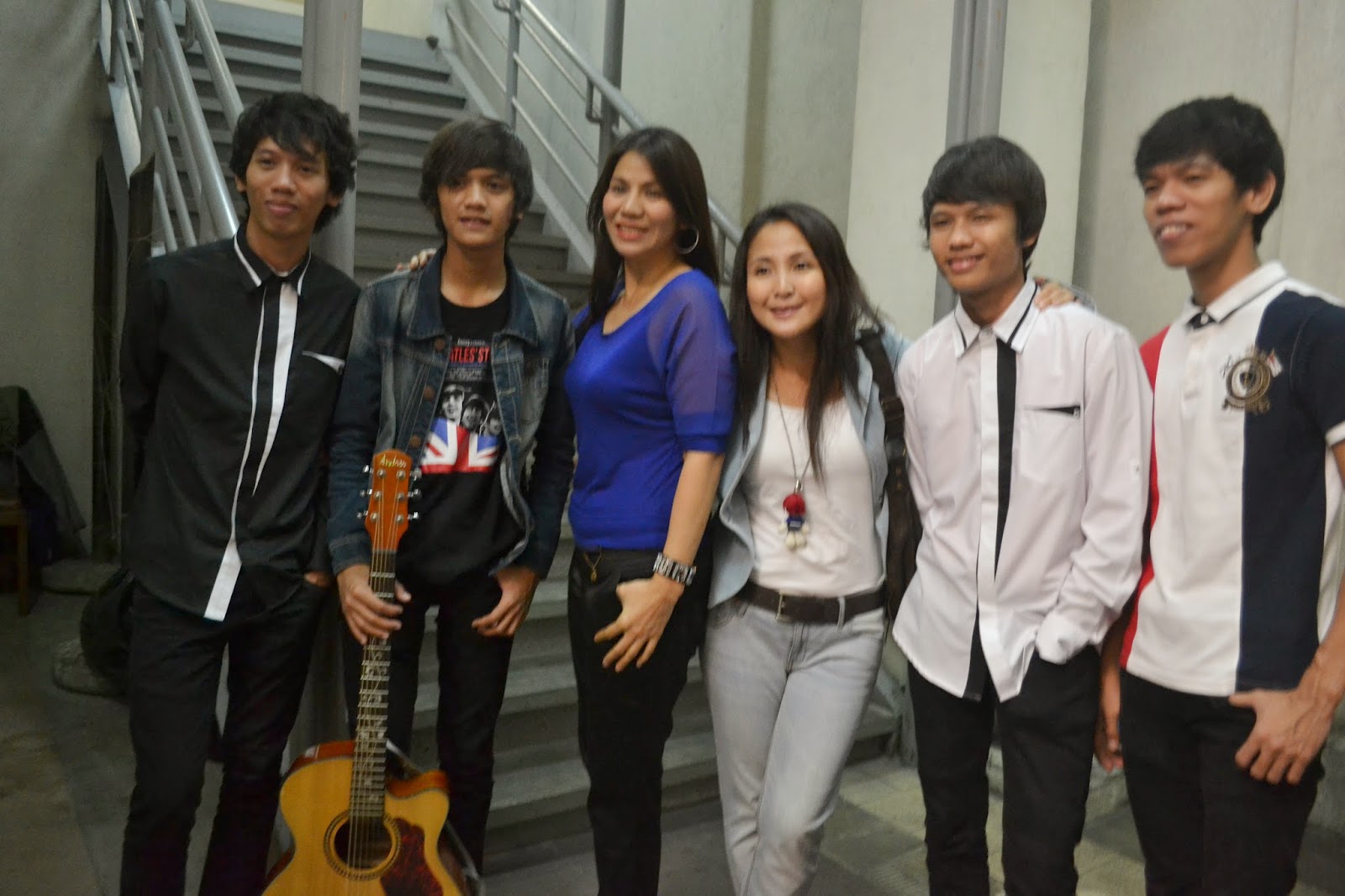 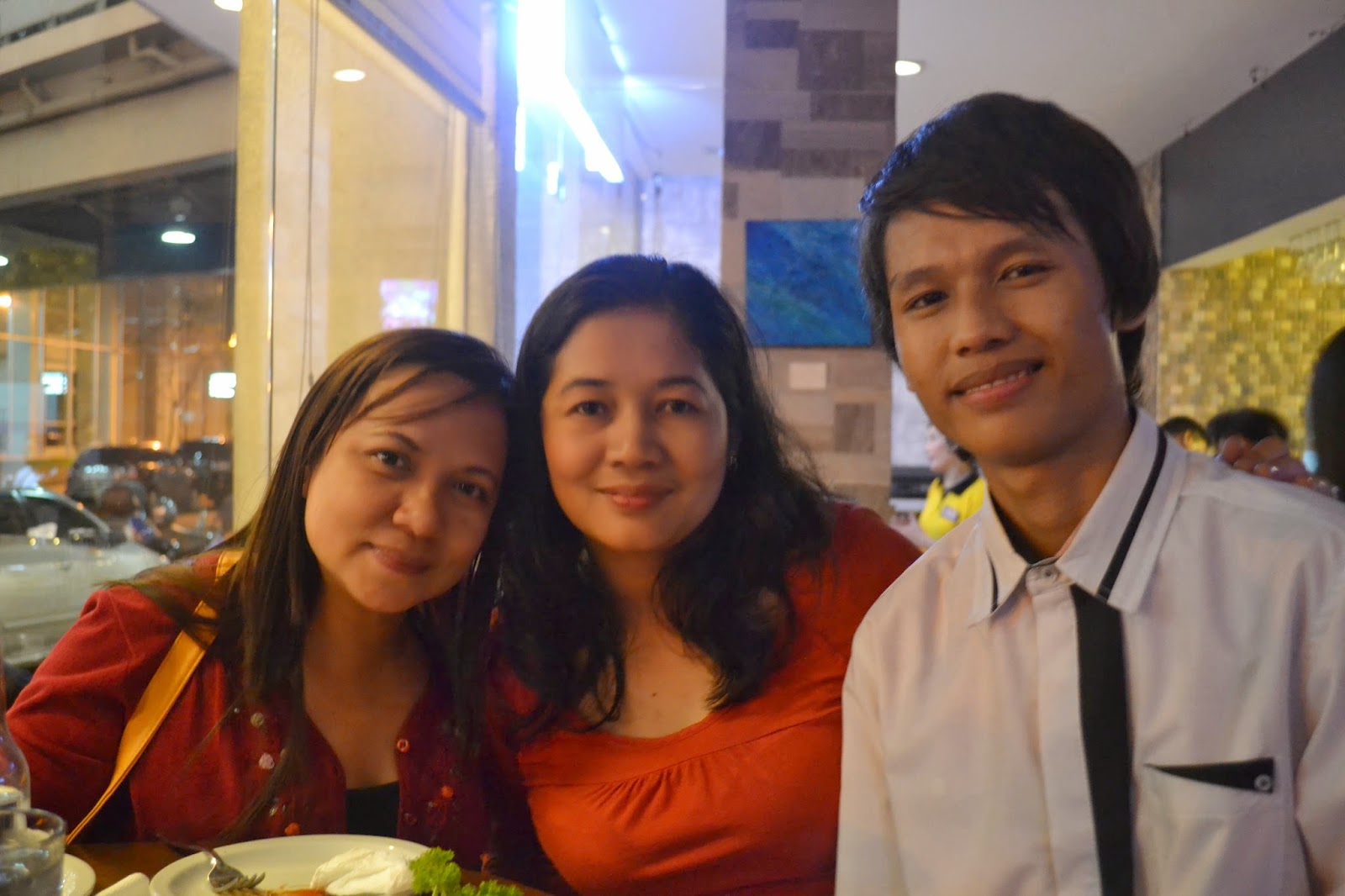 With my friend Lyn and Raymart of Reo Brothers Band


Primos Cuisine and Lounge was jampacked that night. I saw a few people  outside of the venue  like watching a sold-out-ticket concert. 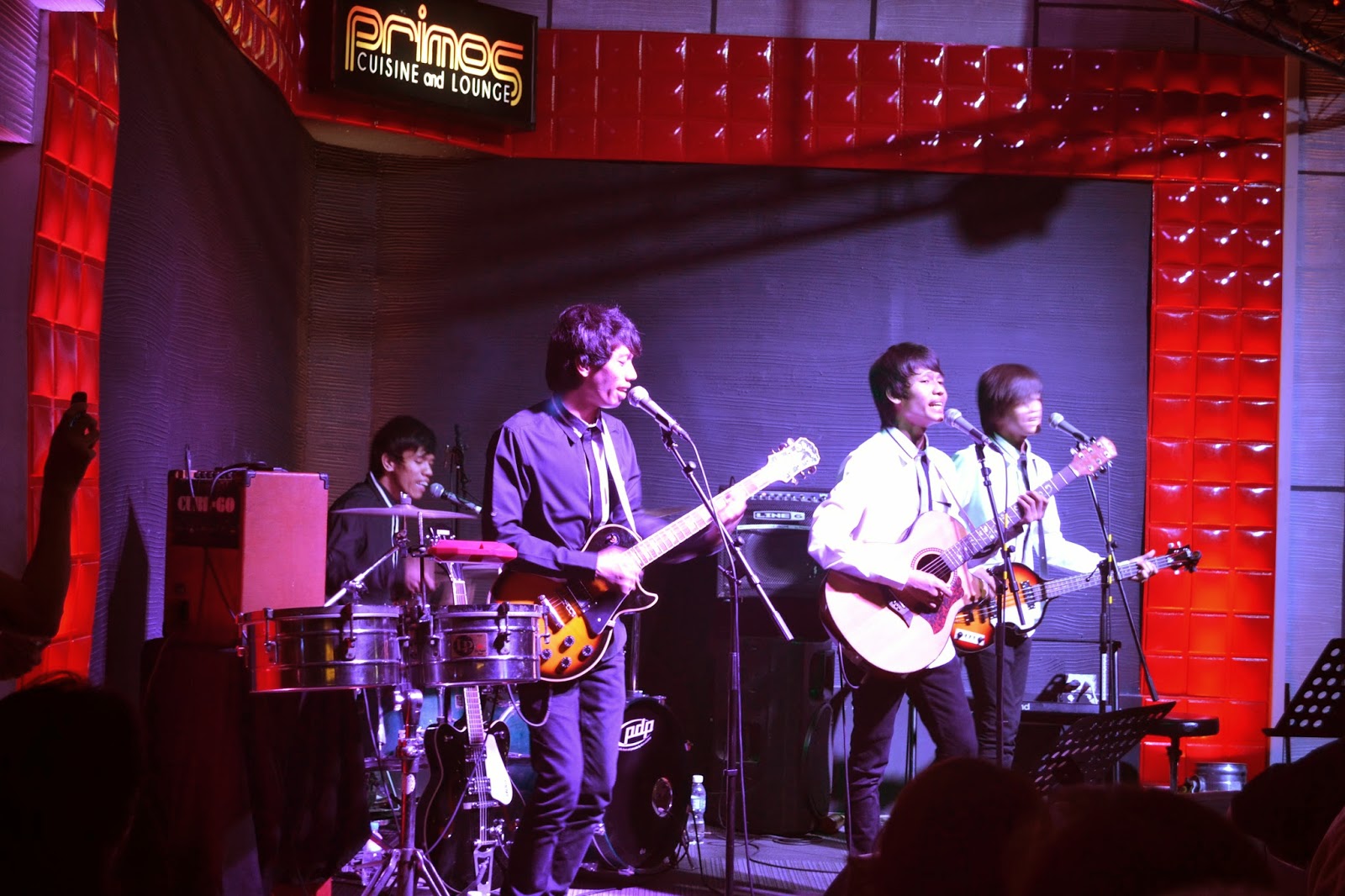 
As Joy approached the group for a  short interview, she then asked,  "So your father must be a musician?"


RJ replied, "Our father is a great influence. We would just hear his old  Beatles albums. From there, we just learned it on our own."

RJ  was then a member of a band  until he stopped and taught his other  siblings Ralph and Raymart  to play the guitar while Reno played  the  drums then  they formed a group,  Reo Brothers Band.  The band name came  from  the first letters of their first names which is  “R”,    and  surnames initial O from Otic.

Today I just content myself  watching videos of their gigs,  waiting til they have their own album.    When that day comes, I will be  on the first line to grab  one and  will have it signed by the group.

Do you miss songs of  Beatles, BeeGees and more.  REO Brothers have a  regular gig at  Primos Cuisine and Lounge  every Tuesday.  They are also visible in different events around the metro.   If you can't get enough of  their updates,  like their  fan page on Facebook,    Reo Brothers Band.


Want to know more of  their latest America gig,  Dan Nino  has this to say.

Here is the video that  I embed from YouTube.