Zsa Zsa Padilla is a veteran actress, TV host, singer, and a true Philippine icon with more than 30 years of experience, but she has a new title to add under her belt –Singing mentor for Promil Pre-School i-Shine Talent Camp 3. The divine diva, who was recently unveiled as one of the top caliber mentors of the show, will be taking on the responsibility of mentoring this year’s batch of talented preschoolers. Together with a panel of esteemed mentors: choreographer and G-Force director, Georcelle Dapat-Sy, and world-class television and film actress, Angel Locsin, Zsa Zsa will be guiding chosen preschoolers through singing workshops. 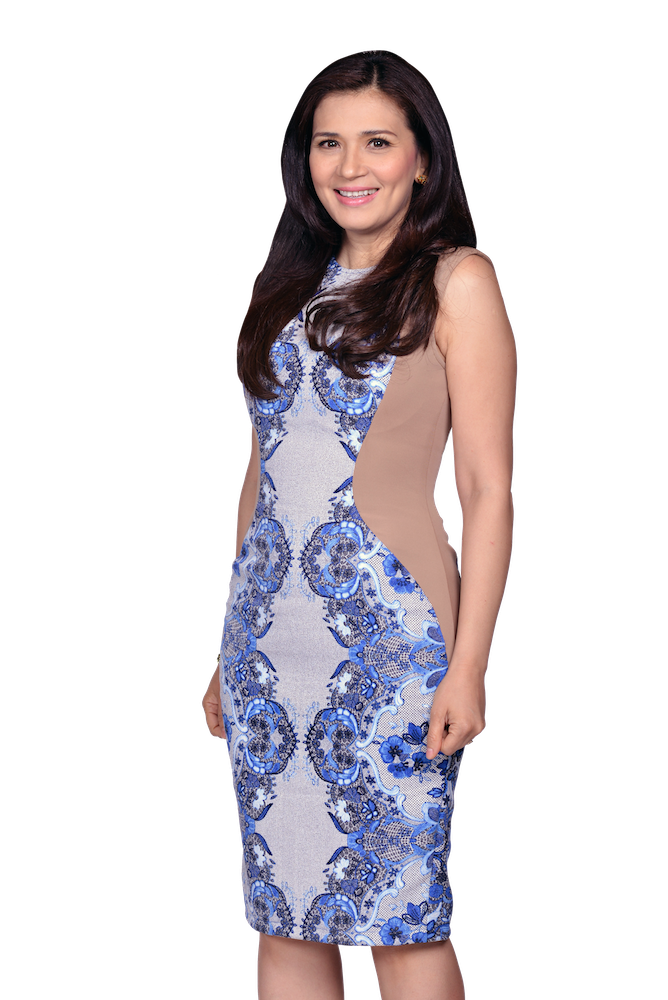 For 25 years, Promil Pre-School has been well known for talent development, raising awareness for parental participation, proper guidance and good nutrition as factors that play major roles in bringing preschoolers to their full potential. The Promil Pre-School i-Shine Talent Camp is one of Promil Pre-school’s advocacies, in which the talents of Filipino children nationwide are engaged. “It’s exciting to be part of something that recognizes and appreciates talent at a young age.” Zsa Zsa shares that the show is something that brings back memories of how she started as an artist.

Nurturing talent in your formative years
The divine diva today can automatically command the attention of any room she enters, but the singer reveals that it wasn’t always like that. She started out as a shy child who only got to sing in front of her family. “I grew up in a compound where we all lived close to each other,” she recalls. “When my uncles would get together in the late afternoons, they’d get the guitar and they’d ask me to sing.”

Zsa Zsa, together with her cousin whom she grew up with, Gino Padilla, learned to harness their skills while doing duets to entertain their uncles. “I always knew that I love singing. Even as a child, when I’d hear a song on the radio, I would sing it immediately. I had fast recall and my family noticed that about me,” she says. “They would ask me to learn a piece, and then I’d perform it for them. I was the entertainment. Ganun ako nahasa (That’s how I was trained).”

While she knew she had the talent, it was her family that allowed her to gain her confidence in front of a crowd. “Singing for my uncles, that’s really my first memory of my musical background. Allowing me to sing for them was their way of nurturing my talent.”

Through Promil Pre-School i-Shine Talent Camp, Zsa Zsa hopes to develop the raw talent of the chosen preschoolers. “These kids are curious and eager to learn, but you need to guide them while they’re still young and sensitive to change. You need to show them that they’re capable, because they’ll really take that with them as they grow up and develop their talents.”

It’s not always in the genes, but also in the environment
Though Zsa Zsa’s parents weren’t musical people, she was able to master her craft because of her exposure to music through her family. While both her daughters, Karylle and Zia, are musically inclined, she credits not just the genes, but also their environment growing up. “Karylle was exposed to the entertainment industry at a young age. During that time, she was much more interested in ballet, but she’d see me host for a popular show and she’d just take it all in. We knew she could sing, and eventually because of all the exposure to it, singing just became second nature for her.”

This is why Zsa Zsa believes that getting kids on shows like the Promil Pre-School i-Shine Camp will give them the right exposure so they can dream big early, and learn how to pursue these dreams early. “These kids are lucky because there’s a program available like the i-Shine Talent Camp. At a young age, they’ll already be exposed to the music industry, which will really help them develop to be artists,” she shares. “Promil Pre-School has provided a venue for kids that love singing, dancing, and acting to really work at their craft.”

Proper motivation to reach their full potential
Having Zsa Zsa on board is going to be a treat for the Promil Preschool i-Shine finalists, because this means they are going to be the first who will get valuable training and mentoring from a pillar in the country’s musical industry.

It will be a personal challenge for the Zsa Zsa to be firm and honest, but still encouraging with the way she guides the preschoolers. “They're very young and sensitive. They would take everything you say to heart,” she says. The first-time singing mentor plans to add a mother’s touch to her mentoring style. “It’s important to boost their confidence, but still making sure that they properly learn the craft,” she adds.

Despite the success she’s earned with the music world, Zsa Zsa also wants to share her hardships with her mentees. “These kids really come from all types of backgrounds. I also want them to learn that getting to your dreams entails battling the odds and persistence through hardship,” she says. “The kids are eager to learn about the industry, and it will be my responsibility to show them the ropes, to share with them as much as I know, including the challenges that come with it.” While the competition might be tough, Zsa Zsa is confident that with proper guidance and nutrition, the newest batch of i-Shiners will all prove to be stars.